Happiness doesn't follow success: it's the other way around 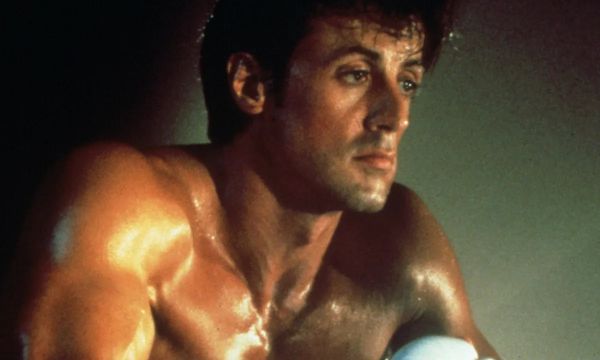 Work hard, succeed, then you will be happy. At least that's how many of us were taught by our parents, teachers, and peers. The idea that we must strive to succeed in order to experience happiness is enshrined in the United States' most valuable institutions (Declaration of Independence), beliefs (the American Dream), and stories (Rocky and Cinderella). Most people want to be happy, which is why we chase success like a carrot on a stick, thinking that satisfaction lies behind getting into college, a dream job, a promotion, or a six-figure income. But for many hunters, both success and happiness remain forever out of reach. The problem is that the equation can be reversed.

Our hypothesis is that happiness precedes and leads to career success, not the other way around. In psychology, "happiness" refers to "subjective well-being" and "positive emotions" (we use these terms interchangeably). People with higher levels of well-being tend to be more satisfied with their lives, as well as experience more positive emotions and fewer negative ones. Research shows that it is these positive emotions, such as excitement, joy and serenity, that contribute to success in the workplace.

Let's first look at cross-sectional studies, in which people are examined at one point. This allows researchers to determine whether happiness and success are linked. Compared to their more sullen peers, happier people are more satisfied with their jobs; they also receive greater social support from peers and a better assessment of their work from supervisory authorities. Notably, bosses may give happy employees higher performance ratings due to the halo effect, where a favorable impression in one area (such as happiness) influences opinion in another area (such as performance): e.g., "Tim is happy, so that he must be good at his job too.” However, there is also some evidence that people with higher wealth are better at a range of work-related tasks: one baseline study found that salespeople with a more positive outlook sold 37% more life insurance policies than their less positive counterparts. .

Happiness is associated with great work in other areas as well. People who often experience positive emotions tend to go the extra mile for their organizations; they are also less likely to be absent from work or quit their jobs. People with higher wealth also tend to earn higher wages than people with lower wealth.

However, such a cross-sectional study has its limits, since it cannot establish what comes first - happiness or success. This is where longitudinal studies can help, as they observe people over days, weeks, months, or years to see how they have changed over time. According to the longitudinal literature, people who start out happy end up being successful as well. The more satisfied a person is at an earlier point in time, the more likely they are to be clear about what job they want later, as well as fill out more job applications and find a job. A key study found that young people who reported higher well-being than their peers just before college graduation were more likely to have follow-up interviews three months later.

Positive emotions are also predictors of later achievement and earnings. In one study, happy 18-year-olds were more likely to work in prestigious, satisfying jobs and feel financially secure by age 26. In another study, people who were more cheerful when entering college continued to earn higher incomes. but it is not enough to establish that happiness precedes success; we want to know if one causes the other ? After all, there may be some non-measurable variable, such as intelligence or extraversion, that affects both well-being and job performance. Indeed, extroverts are more likely to be happy and earn more.

Well-designed experiments can control these variables. For example, studies have randomly assigned people to situations that cause them to experience neutral, negative, or positive emotional states, and then measured their subsequent performance on work-related tasks. These experiments showed that people who make people experience positive emotions set more ambitious goals, persist in solving difficult problems longer, feel more favorably towards themselves and others, and believe that they will succeed. Optimistic expectations happy people also seem realistic: in both clerical coding tasks and digit substitution tasks, people with positive emotions tend to perform better and be more productive than those dominated by neutral or negative emotions. A wealth of experimental evidence suggests that happier people outperform less happy people, and that this is probably due to their positive behavior.

From our review of over 170 cross-sectional, longitudinal and experimental studies, it is clear that well-being contributes greatly to career success. This doesn't mean that unhappy people can't succeed - and that's for the best, because a sad person reading this and telling himself that you need to cheer up to achieve success is unlikely to help the cause! On the contrary, history shows that depressed individuals such as Abraham Lincoln and Winston Churchill can accomplish incredible feats. Both negative and positive emotions adapt to situations - there is a time for sadness, just like there is a time for happiness.

Therefore, we advise all business leaders or managers reading this not to only hire overtly happy people and not to force their employees to be more optimistic. Strategies like this have backfired in the past - as in the case of the mandatory fun imposed on the staff of the American supermarket chain Trader Joe's, where the politics, ironically, made the workers even more miserable. People and companies hoping to increase their happiness levels in a healthier way will have more luck if they implement positive actions such as good deeds and gratitude.

The philosopher Bertrand Russell said in 1951: "The good life, as I understand it, is the happy life." But he continued, “I don't mean that if you are good you will be happy; I mean if you're happy, you'll be good." When it comes to making your mark at work, we agree. If you want to be successful, don't hang around and wait for happiness: start there instead.

Written all over your face: An improved AI model for recognizing facial expression

The misconception about flexible working hours

How to distinguish persuasion from manipulation

The myth of small business

Part-time work is humane and should be respected and encouraged

What is human capital?

If work dominated every moment of your life, would it be worth living?

Generation X: All eyes on retirement

The Infoprom company specializes in testing the psychological and physiological state of employees using video controls.